Home » About NCAP » History of the Collection

NCAP is The National Collection of Aerial Photography. The archive is one of the largest and most important collections of aerial imagery in the world, with coverage of large parts of the globe. In 2008, after almost fifty years at Keele University, it moved to Edinburgh and became part of RCAHMS. The move was an initiative to secure the long-term preservation and continued development of the Collection.

At the end of the Second World War, millions of aerial reconnaissance images of the world had been accumulated at the Allied Central Interpretation Unit (ACIU), RAF Medmenham. This vast archive contained a visual record of the world at war. In the postwar years, interest in the wider use of the imagery grew amongst many of the academics who had been wartime Photographic Interpreters.

A long series of discussions between Professor Beaver of the University College of North Staffordshire (now Keele University) and the Air Ministry led to the transfer of 5.5 Million ACIU photographs of Western Europe from RAF Medmenham to Keele University over a 14 month period in the early 1960s. The Aerial Reconnaissance Archives (TARA) was formed at Keele University and became the official place of deposit for declassified and released UK government aerial imagery. 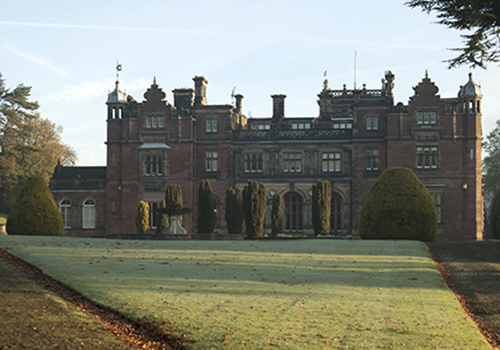 The UK Ministry of Defence declassified and released millions of additional images in 2004. These show places throughout the world dating from the Second World War and the Cold War. This imagery was accessioned into The Aerial Reconnaissance Archives as the Joint Air Reconnaissance Intelligence Centre (JARIC) collection but it is largely uncatalogued.

At the end of the Second World War the Royal Air Force was tasked with undertaking Operation Revue, to provide the Ordnance Survey with aerial imagery of the entire UK. This imagery allowed the creation of new mapping and informed postwar planning and reconstruction. Several photographic reconnaissance squadrons undertook this work throughout the late 1940s and around 500 sorties were flown over Scotland, resulting in the collection of over 280,000 images. From creation, copies of these images were held by the Scottish Office in a specially created Air Photograph Library in Edinburgh. 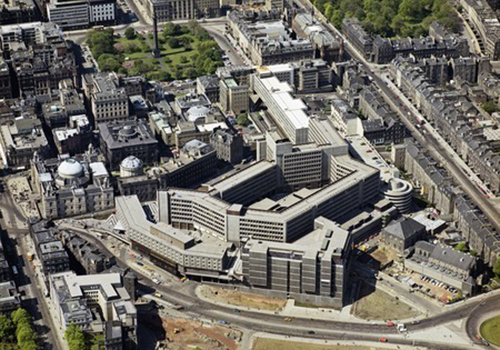 During the 1960s the Library was renamed the Scottish Office Air Photographs Unit (APU). It grew significantly with the transfer of Ministry of Defence and Ordnance Survey imagery of Scotland dating from the Second World War onwards. The APU commissioned aerial surveys and advised the Scottish public-sector on the application of aerial imagery from its offices in New St Andrews House, Edinburgh. It also maintained the Central Register of Air Photographs for Scotland (CRAPS), a register of all known aerial imagery covering the country. In 1993, the APU was transferred to the Royal Commission on the Ancient and Historical Monuments of Scotland (RCAHMS).

The creation of NCAP

In 2008, The Aerial Reconnaissance Archives was transferred into the care of RCAHMS and merged with the former archive of the Scottish Office APU. Following this, the merged archive was re-named The National Collection of Aerial Photography (NCAP). NCAP holds UK Government declassified and released aerial photography of places around the world (except England, Northern Ireland and Wales). It is a centre of excellence in managing aerial photography, preserves the collections in its care, and makes them accessible to the public in its Edinburgh search room and online.

NCAP is a living memorial to the military personnel involved in Photographic Reconnaissance and Photographic Intelligence work - in particular to the many reconnaissance pilots and aircrew who lost their lives. The imagery played a pivotal role in planning many of the key military operations of the twentieth century and provided information for UK Government foreign policy. In a wider sense it has a significant memorial status given the many key moments of world history it records.