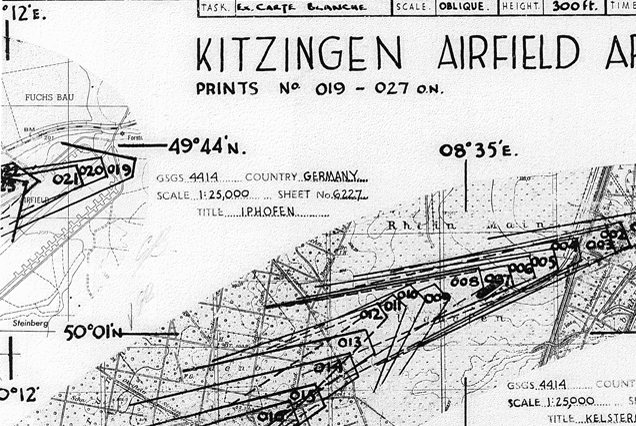 In the last week of June 1955, around 3000 NATO aircraft from Canada, Denmark, Greece, France, Norway, the UK and USA took part in the largest allied exercise held since the Second World War. Code-named CARTE BLANCHE, the exercise was held in West Germany and included the simulated use of tactical nuclear weapons against airfields and troop concentrations.

In just two days the delivery of 300 atomic bombs had been simulated by tactical aircraft, which would have caused an estimated 4.5 million civilian casualties. The result of the exercise made it clear that the use of battlefield nuclear weapons would render any supporting military operations meaningless.

During CARTE BLANCHE, photographic reconnaissance aircraft flew many low-level missions to detect the locations of 'enemy' forces. On the opening day of the exercise, 23 June 1955, sortie 541/3017 was flown from RAF Wildenrath by a Gloster Meteor PR10 aircraft of 541 Squadron. It covered Kitzingen and Rhein-Main airfields and brought back photography of US vehicles, armour and transport aircraft. A selection of forward-facing oblique frames from the mission appear in this feature.

Part of the Photographic Section processing report appears below. 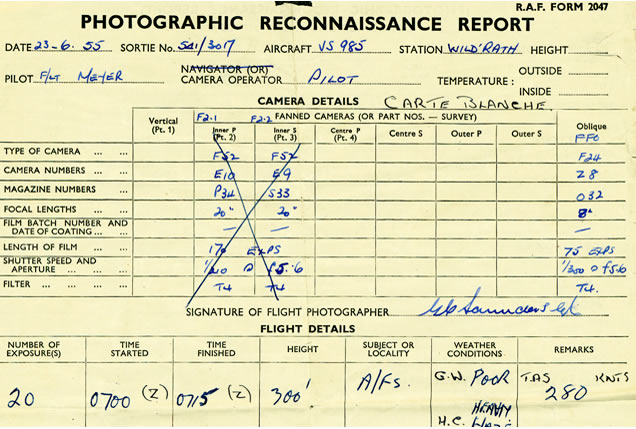