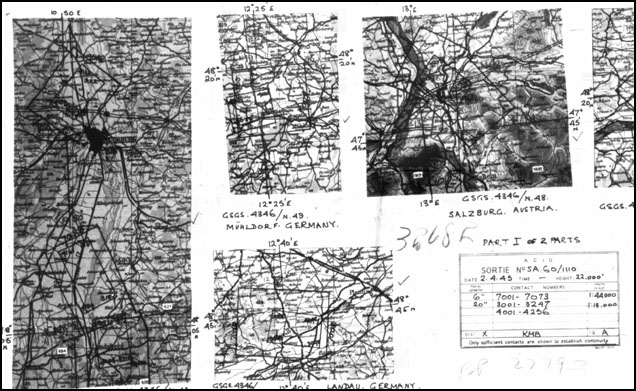 From December 1943 until the end of the Second World War, No. 60 Squadron, South African Air Force, was based at San Severo, Italy, and ranged across southern Germany, Austria, northern Italy and the Balkans in photographic reconnaissance versions of the de Havilland Mosquito aircraft.

One of the missions flown by this unit is represented by sortie SA60/1110; this mission took place on 2 April 1945 and covered several German airfields during a circuit of Austria and southern Germany. The mission records the destruction of airfield infrastructure by Allied bombers and the emergence of jet aircraft.