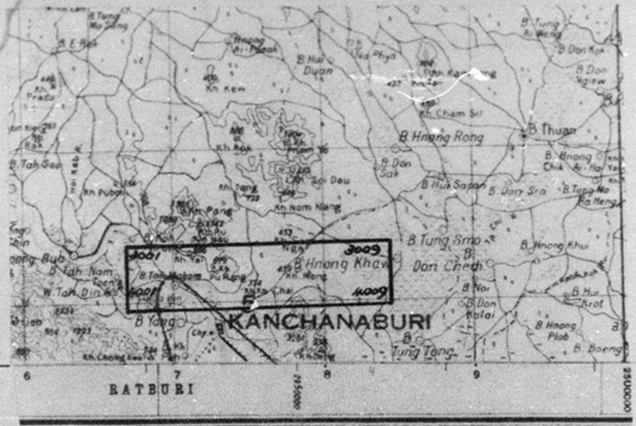 From September 1943 until the end of the Second World War, No. 684 Squadron, Royal Air Force, was based at Dum Dum, India with a detachment in Sri Lanka, and undertook long-range photographic reconnaissance missions across south-east Asia in de Havilland Mosquito and B-25 Mitchell aircraft.

One of the missions flown by this unit is sortie 684BN/0556; this mission took place on 21 January 1945 and covered a variety of key military installations and railway bridges in Thailand, as well as overflying the capital, Bangkok. The mission also records the locations of several heavy warships and submarines of the Royal Thai Navy.