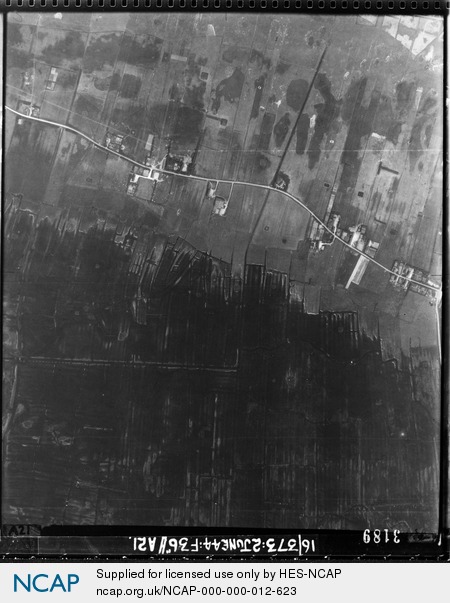 Date: 02 June 1944
Location: Madelaine; Lower Normandy; France
Coordinates (lat, lon): 49.414902, -1.190429
Description: In an effort to impede an Allied invasion, the low-lying fields behind UTAH Beach were deliberately flooded by the German defenders. This made the capture of the causeways leading inland from the beach of paramount importance to the success of the invasion in this sector. Securing the causeways was one of the objectives of the airborne troops and many parachutists drowned in the flooded areas before they could disentangle themselves from their canopies.