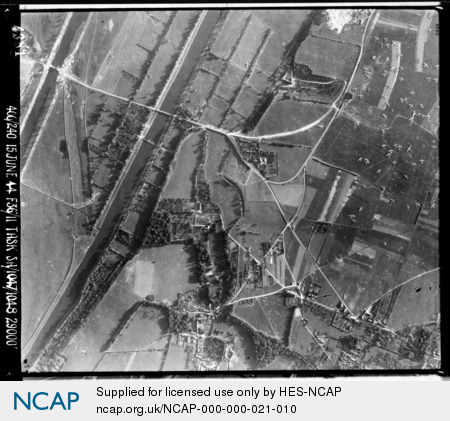 Date: 15 June 1944
Location: Ranville; Lower Normandy; France
Coordinates (lat, lon): 49.236415, -0.260502
Description: In the early hours of 6 June 1944, a small detachment of British airborne troops stormed the German-held bridges over the Caen Canal and River Orne and paved the way for the Allied invasion of Europe. Pegasus Bridge in Normandy was the first engagement of D-Day, the turning point of World War II. This photograph shows the gliders used during the assault, where they came to rest, next to the bridge. Gliders in fields to the east were flown in later on D-Day.