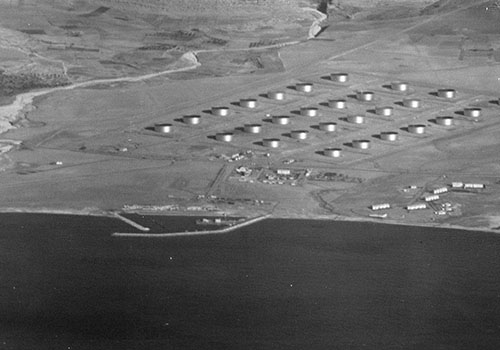 Project ROBIN was an example of close UK-US air intelligence co-operation during the Cold War. It involved the mounting of a powerful US camera system in a British reconnaissance aircraft, to enable long range oblique photography to be taken of the Soviet zones of occupation in Eastern Europe.

As relations with the Soviet Union deteriorated following the Second World War, the western powers lacked up-to-date intelligence on Soviet military and industrial installations in Eastern Europe. In early 1954 a Royal Air Force Canberra B2 aircraft, serial WH726, was flown to the USA to be fitted with a very long focal length camera colloquially known as the 'bomb camera'. This camera employed a series of mirrors to achieve a focal length of 240-inches, and was fitted into a 10-feet long cylinder mounted in the aircraft's bomb bay. The camera pointed out of a port-facing window in the forward fuselage of the aircraft, which would then be flown along the border to take photographs of territory to the east. The Canberra was selected for this project because it was capable of achieving the high altitude required to enable photography of targets well inside Soviet-controlled territory. The camera was reported to be so powerful that during a test flight over the English Channel off the coast of Dover, clear photographs were taken of St Paul's Cathedral, 75 miles away in central London.

After ministerial permission for peripheral intelligence collection flights was given, the modified Canberra was used by 58 Squadron, RAF, to photograph targets in East Germany. The method employed was to fly a southerly course, 10 to 40 miles inside the British and American zones of occupation, at heights of over 42,000 feet. A second aircraft flew alongside the ROBIN aircraft to watch for condensation trails, which would reveal the aircraft's position and course.

Flying at high altitude, and so far from the targets being photographed, meant that the imagery collected often suffered from degradation due to atmospheric effects such as haze, as well as obscuration of the target by cloud formations at lower altitudes. Nevertheless, some useful intelligence was gathered about territories where access was denied to British and American military aircraft.

The value of the photographs that the Canberra could collect was immediately superseded when the Lockheed U-2 high-altitude reconnaissance aircraft entered US service in June 1956. This aircraft could reach 70,000 feet of altitude and following the first U-2 sorties over eastern Europe, Project ROBIN was quickly scaled down. Further ROBIN sorties were flown over the eastern Mediterranean in late 1956 and early 1957, however, in support of UK-French interests in the Suez Canal zone. The camera was subsequently removed from the Canberra and the aircraft was returned to normal duties with the RAF, eventually being sold to Peru.

Project ROBIN sorties were declassified in 2004 and photography was released to NCAP by the UK Ministry of Defence, not only of Austria, East Germany and Hungary but also of Egypt, France, Israel, Lebanon, Palestine and Syria. Work to catalogue these sorties is undertaken as and when resources allow; to date, 3 of the 25 sorties released have been catalogued. A provisional list of the ROBIN sorties held appears below. 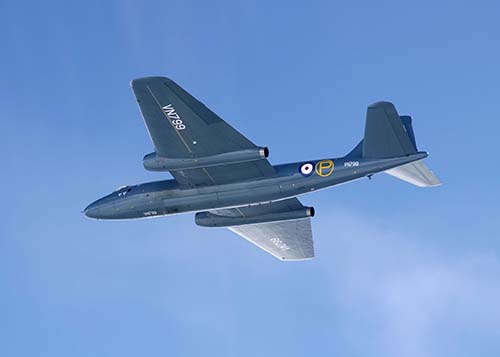 An example of the Canberra aircraft used to collect aerial imagery during Project ROBIN.