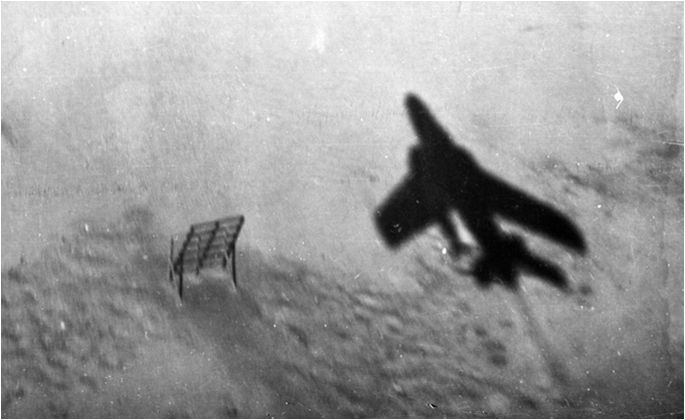 Operation MUSKETEER was a British-French-Israeli plan to capture the Suez Canal in November 1956, following its nationalisation by the Egyptian leader, President Nasser. An attack on Egypt by Israel was designed to be the justification for British and French forces to act to secure the safety of the canal. While the operation was a military success, it was a Cold War political disaster for the UK and France, leading to their isolation from their western allies, especially the USA, and encouraging Egypt and other Arab states to cultivate closer relations with the Soviet Union.

The images featured here are a selection of those taken by the French Air Force reconnaissance unit 4/33, which flew the RF-84F Thunderflash aircraft from British bases in Cyprus during the Suez Crisis. These aircraft brought back low-level tactical reconnaissance photographs which enabled British and French photo-interpreters to assess the damage inflicted on Egyptian airfields by Royal Air Force bombers, and to report on the position and strength of Egyptian defences in the Port Said and Port Fuad areas, which had been chosen as sites for airborne and amphibious assaults.