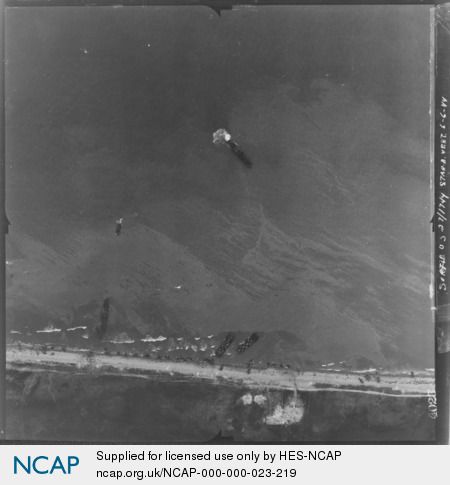 Date: 06 June 1944
Location: Colleville; Lower Normandy; France
Coordinates (lat, lon): 49.364612, -0.852342
Description: Few of the amphibious Duplex Drive tanks reached the east end of OMAHA Beach, having been launched too far out to sea, and their absence caused problems for the invading troops there. Some of those that did come ashore can be seen at far right in this image, with several other tanks unloading from landing craft elsewhere on the beach.