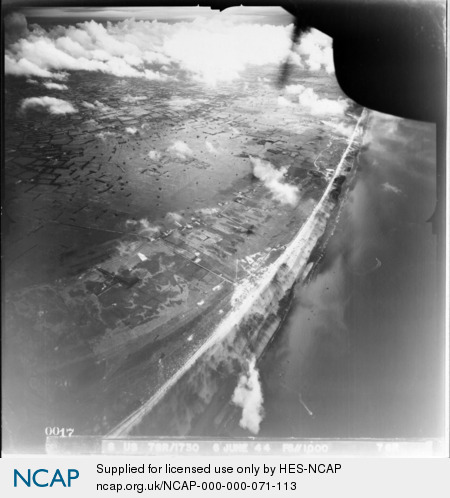 Date: 06 June 1944
Location: Madelaine; Lower Normandy; France
Coordinates (lat, lon): 49.415277, -1.186563
Description: Oblique aerial photograph taken facing North West.
Low-lying fields behind suitable landing beaches were deliberately flooded by the Germans, to prevent the movement of heavy armoured vehicles and troops off the beaches. The attackers would then be forced to use roads along narrow causeways, which would make them vulnerable to attack and delay, as damaged vehicles would block the roads.