In 1944 and 1945, almost 9000 people were killed by V-1 flying bombs and V-2 supersonic missiles launched from occupied Europe against the south of England. These Vergeltungswaffen or 'reprisal weapons' were seen by Hitler as a way of turning the tide of the Second World War.

Operation CROSSBOW was the Allied response, which used 3D aerial photography to hunt for, locate and destroy these revolutionary weapons before they could be launched. The V-Weapons were made a strategic priority by the German high-command, who believed their technology could help win the war. Remarkably this same technology would later be used by NASA to propel the Apollo spacecraft to the Moon. 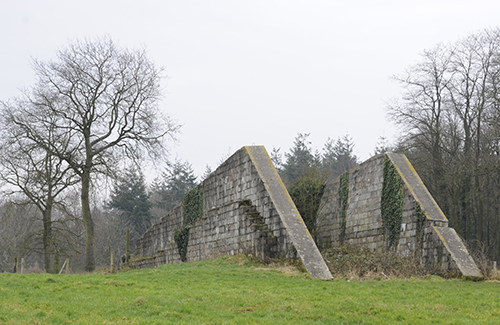 Operation CROSSBOW is a compelling example of how critical the work of the reconnaissance squadrons and the photographic interpretation unit at RAF Medmenham was to the outcome of the war. The imagery taken then, and now held at NCAP, shows the extent of the search for test and launch sites, which involved taking over 1.2 million aerial photographs, the great efforts made by the Germans to camouflage the sites, and the dramatic response of the Allied air forces when targets were pinpointed.

Without this photographic intelligence, which was created at remarkable speed, the Germans could have launched potentially devastating attacks on Britain before D-Day that could have changed the outcome of the war.

Photographs from NCAP were the subject of a BBC documentary about this top secret Second World War operation, first broadcast in 2011. The documentary, Operation Crossbow, features the work of NCAP Curator Allan Williams and his team, whose ongoing research represents the legacy of a top secret WWII photographic interpretation unit that was based at RAF Medmenham in Buckinghamshire.