Home » Features » Plotting and Reporting
All of our catalogued finding aids to Second World War aerial photography of Europe are accessible on our website. These documents record the geographical coverage of thousands of aerial reconnaissance missions. They allow researchers to discover millions of not-yet-digitised aerial photographs. For the Mediterranean Theatre, these finding aids comprise pilot's traces, interrogation reports and trace overlays known as 'Banda plots'.

To aid the photographic interpretation of the aerial photographs collected during a mission, intelligence was gathered from aircrew. The pilot or navigator was given a piece of tracing paper to chart their flight track during their mission. They would also use this to indicate where photography had been taken. This is called a 'pilot's trace' and was subsequently used by staff in the Plotting Section to help them to identify the locations covered in the photographs.

An interrogation report was compiled by an intelligence officer by interviewing the pilot or navigator after the mission was complete. This recorded information on the course of the mission, any additional photography of targets of opportunity and noted anything of intelligence value that may have been seen. If the pilot had been unable to reach all of the intelligence targets they had been briefed on, the interrogation report provided details of any problems they had encountered and of the photography they had managed to take.

Once a photographic reconnaissance aircraft had returned from a mission, the films were immediately removed from the cameras and sent for processing. Several sets of contact prints would be made and distributed to Photographic Interpreters (PI's). In order to assist the PI's to find their intelligence targets on the contact prints, using the information gathered from the aircrew and the photography, staff in the Plotting Section would carefully annotate maps and trace overlays with the exact geographic locations covered during the mission.
In the Mediterranean Theatre, the majority of missions were recorded on trace overlays, which could be placed onto military base maps produced by the Geographic Section General Staff (GSGS). Copies of these overlays were known as 'Banda plots', after the machine they were made on, shown below. The Banda machine (or Ditto machine in the USA) was a spirit-duplicator and was used to create multiple copies of a plot. 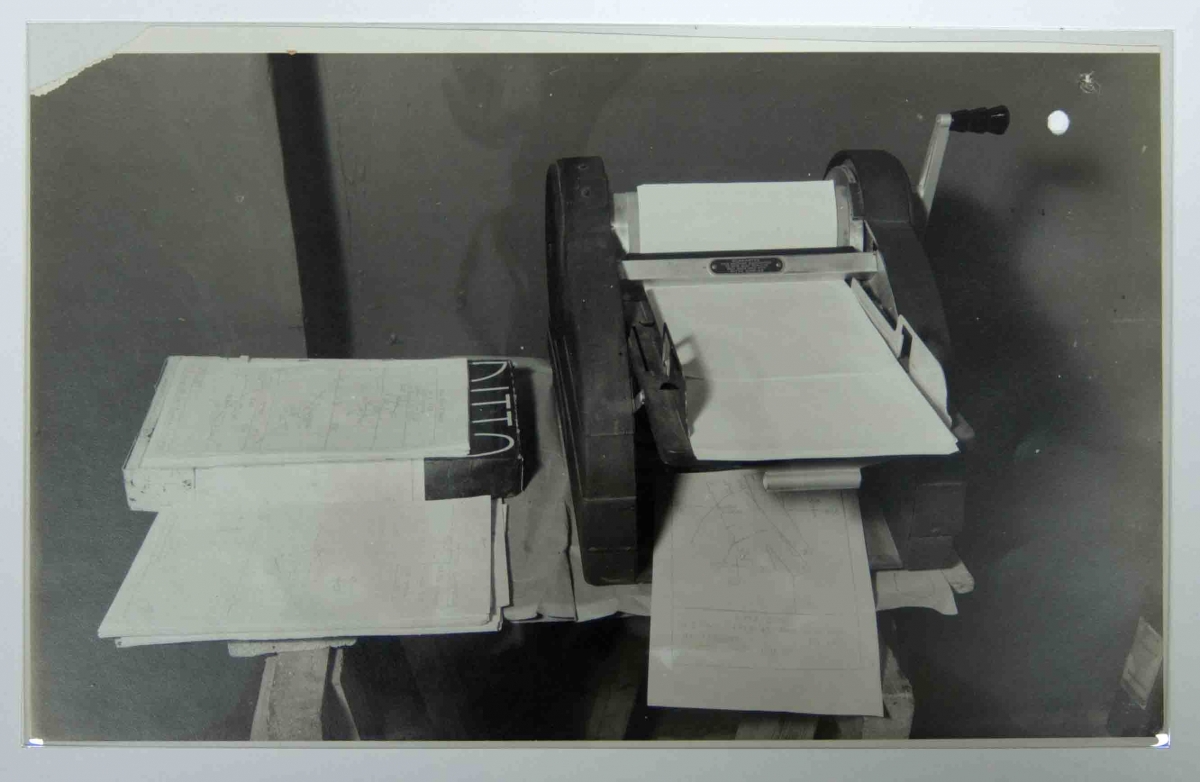