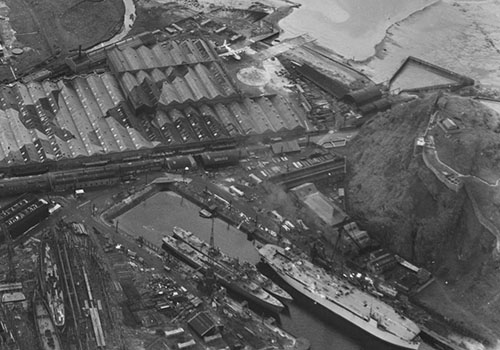 The attempts at hiding some of Scotland's most strategically important targets from air attack during the Second World War - from factories and power stations to gasworks and fuel tanks - are clear in many of the photographs in this feature. Over 650 aerial photographs of locations in Scotland were taken between 1940 and 1943 for No.1 Camouflage Unit, a specialist military unit set up to check and assess the effectiveness of camouflage schemes on industrial buildings and airfields. These images are all available to view on this website.

The aircrews of No.1 Camouflage Unit were drawn from the survey arm of the Aircraft Operating Company and reported to the Camouflage Directorate, based in the Regent Hotel, Royal Leamington Spa. It was here that new camouflage schemes for buildings, ships and aircraft were designed by teams of artists, designers, draughtsmen, photographers and technicians.

Since the locations of most major industries were well known before the war, however, elaborate paint schemes designed to hide a factory from enemy aircraft could be counterproductive. While they may have fooled a low-flying raider long enough for him to overshoot the target, they rarely eluded the photographic interpreter. Once photographed by the enemy, camouflage could call attention to a place and mark it out as something worth hiding, and therefore valuable. 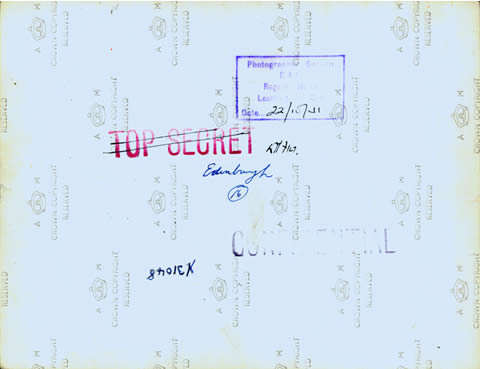 The back of a No.1 Camouflage Unit aerial photograph, showing that this image was once so important to national security that it was graded Top Secret; this security caveat was later downgraded to Confidential. Also present is the stamp of the RAF Photographic Section, Regent Hotel, Leamington Spa.

View all No.1 Camouflage Unit photographs