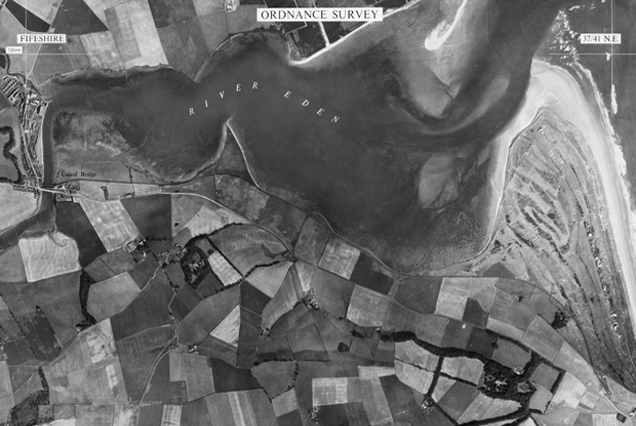 In the late 1940's a series of photomaps of selected areas of the UK were published by the Ordnance Survey. Created from Royal Air Force aerial photography, they were intended to substitute for large-scale mapping, which was in short supply following the Second World War. They were needed for vital planning and reconstruction work in areas which had suffered wartime damage or change.

The Photomaps are mosaics of several aerial photographs combined into one large overall view, which was then rectified to make them map-accurate before printing along National Grid mapsheet lines at scales of 1:10560 and 1:1250. The mosaics were initially intended only for government departments but were eventually offered for sale to the public in an attempt to recover some of the costs of producing them. Sales of the photomaps were poor, however, and concerns about national security eventually led to their withdrawal from sale completely.