In the days and weeks following the D-Day landings in Normandy, France, on 6 June 1944, Allied bomber forces ranged deep into occupied France, attacking lines of communication and supply. The Allies adoption of the Transport Plan led to railway junctions and marshalling yards being heavily bombed to prevent German reinforcements being sent to stem the Allied advance.

One of the key railway hubs targeted was at Amiens. The junction at Longueau, to the south-east of Amiens, escaped attack until the night of 12/13 June 1944 when 200 bombers were sent to destroy it. Aerial photographs taken during sortie 106G/3133 illustrate the effect of this attack. 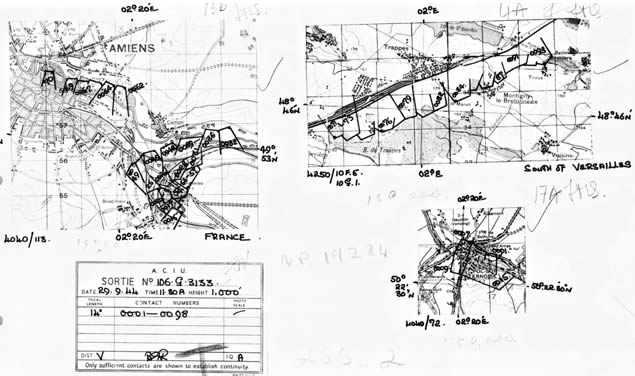